I have been saying for some time that Satan always has his counterfeits, and you can expect him to counterfeit the counterfeit, if it is in his interest.

Those who think Satan only has one trick up his sleeve, need to think again.

The pope’s recent comments about wealth redistribution are exactly the kind of statements we would expect from him, if Satan was setting him up for a great fall;

VATICAN CITY (AP) — Pope Francis called Friday for governments to redistribute wealth and benefits to the poor in a new spirit of generosity to help curb the “economy of exclusion” that is taking hold today.

Taking wealth away from those who produce it is theft, and is condemned in the bible as sin.  It is still sin if it is the government who does the theft.

Socialism is the only economic system based on envy, and it always results in lowering everyone to the lowest common denominator…poverty!

Again, I am reminded of some of the paintings from the Denver International Airport, and the story they tell, of a world overcome by chaos, and then a time of peace and prosperity rising from the ashes. 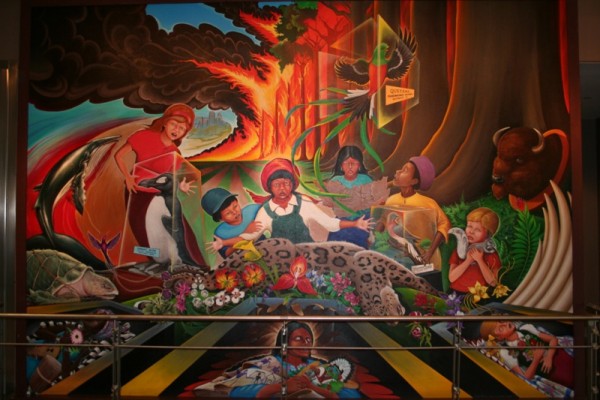 The death of the current age, with the death of world religions, to be replaced by a new religion 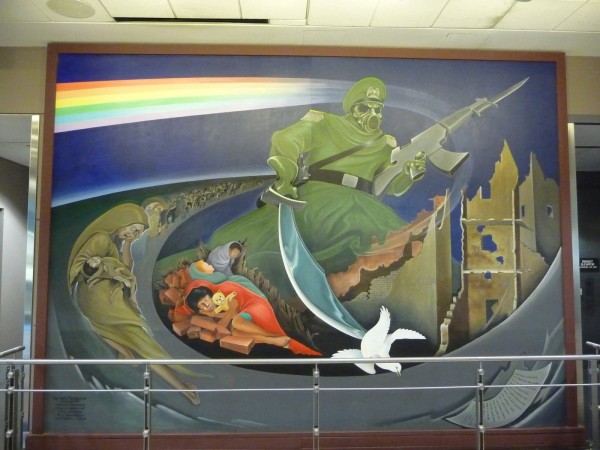 A New Age view of their Armageddon

A New Age prophecy of wars, and I think, a pseudo-Tribulation.  This is something that Satan has the power to do. 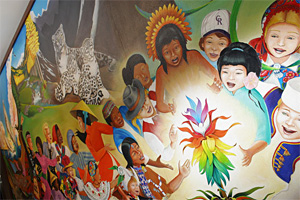 Everybody is “happy” in the New Age! 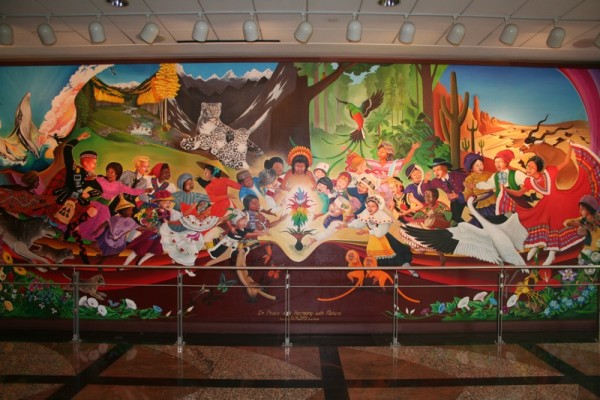 The Happy Children enter into the New Age, which is a counterfeit of the biblical millennium

Christians would note the striking similarities between the Denver murals, and the biblical account found in the book of Revelation. There is a reason for the similarities, of course; Satan is going to provide stand-ins for the Antichrist, and the false prophet. These will be decoys who will take the heat off of the real Antichrist and false prophet.

This is the best explanation for Paul’s statement in

For when they shall say, Peace and safety; then sudden destruction cometh upon them, as travail upon a woman with child; and they shall not escape. I Thessalonians 5:3

Why would they be saying “peace and safety”? Only because they believe they have been through the worst… The Tribulation! So this will be one of Satan’s most deceptive illusions, and one he has had a lot of practice working on, and planning for.

If you are going to turn your villain into a hero you need someone expendable to play the villain!  I don’t think it will be long before a political leader joins Francis, in the limelight.

So what can we say about the pope’s recent comments? He is going to produce a reaction, but in the mean time, he will draw supporters among the left, liberals, and socialists. They will ultimately cause a lot of trouble, but in the end their fall will be spectacular!

When the dust clears, the beast will arise, and will take credit for saving the world from these mad-men!